Connect 4 : A great game for children 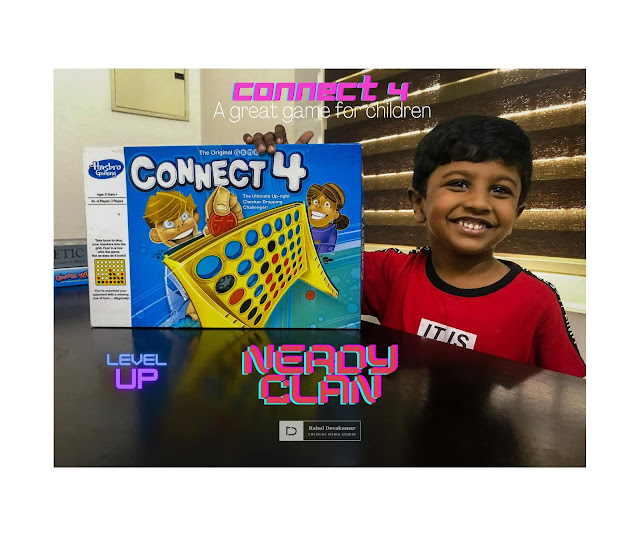 Another abstract game. Yes this time, it's Connect 4. This game works well with children. Connect Four is a two player strategy game. Each player can choose a color and take turns dropping those coloured discs into the vertical grid. This grid is a 6x7 suspended grid which can hold 42 discs.
The disc falls straight down occupying the lowest available grid. The objective of this game is to be the first person to form a line of four of one's own coloured discs either vertical, horizontal or diagonal lines. The first player can ideally win by playing the right moves. What if the board fills up before either player gets a four in a row, then the game will be declared a draw.
During the lockdown, my interest in board games had increased magnifold, and I felt like a kid or more like a teenager. It's a very simple game with many tactical solutions which even allows you to force the opponent to make the moves that you wish, ultimately winning the game. One such simple method is to count the grids where the next move can happen, i.e. the holes which the opponent would settle their disc. Most of the time you will get enough information to plan and play ahead of your opponent.
Even though the game is very simple, it's addictive and great to introduce to children. The rules are simple and easy, and kids can learn and enjoy the game very easily . The game is fast to play and it may take just 10 minutes maximum to finish a single game. Kids can play several games in a row to try different strategies and moves and they would learn visualizing the winning moves even before they have made the moves. 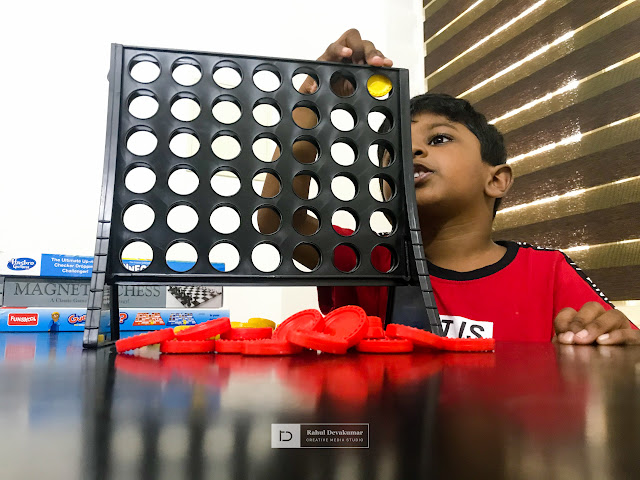 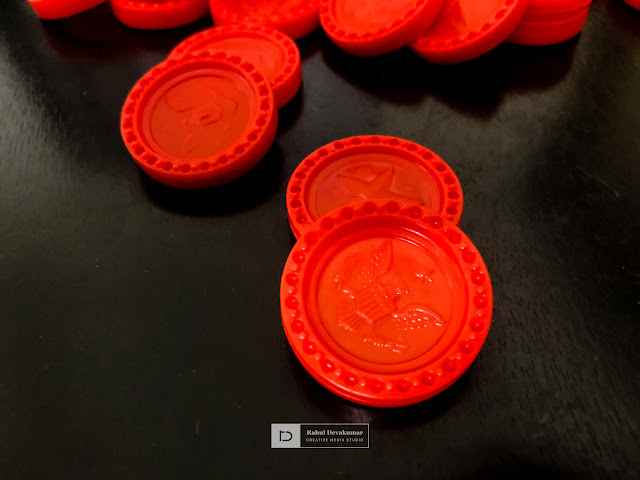 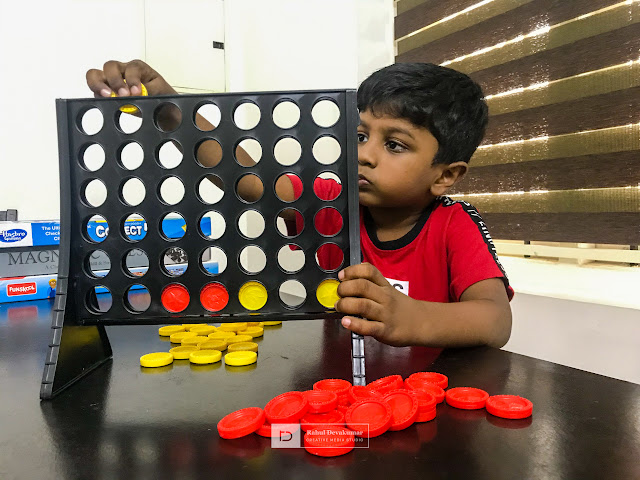 During the course of game play, skills the kids would acquire are very critical. 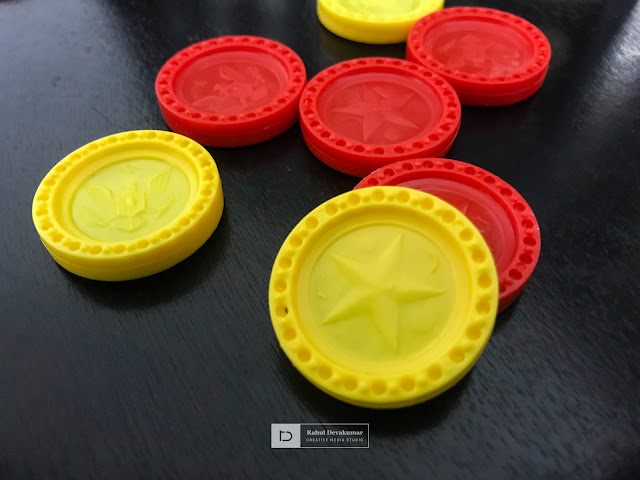 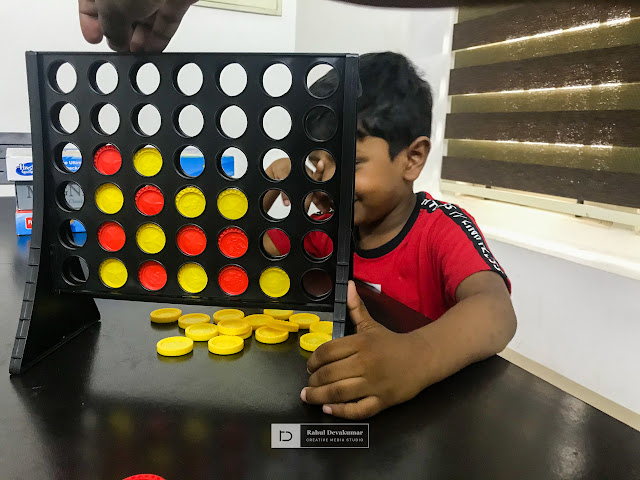 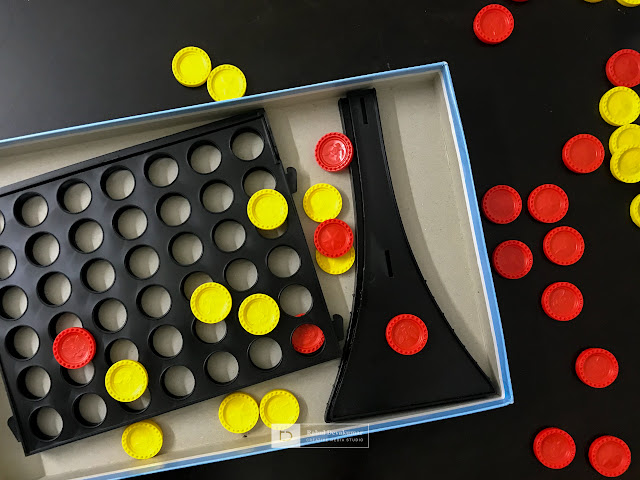 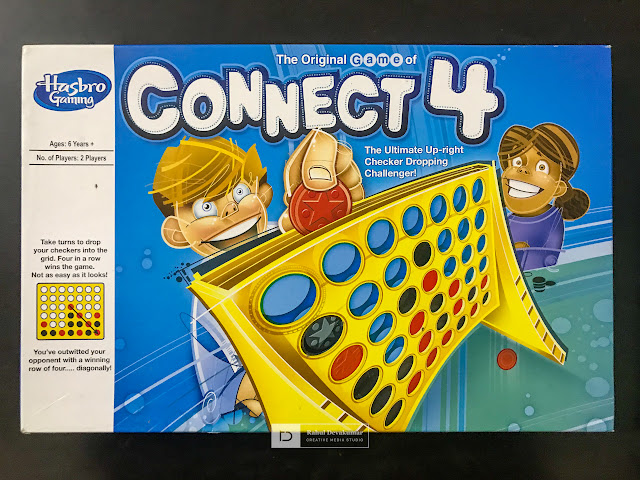 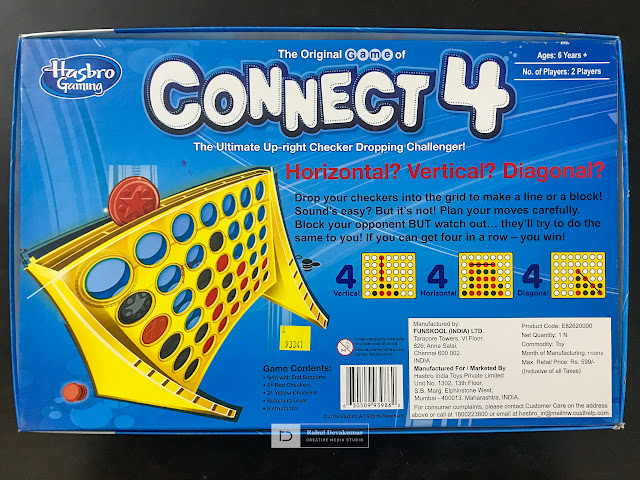 Should I buy ? The answer is definitely 'yes'. We recommend this game for everyone, be it a young kid or for the complete family. The game is so simple and easy to set up, kids would play it even without adult supervision. It may look very simple but it's a great gift for your kids. This game can be used to enforce relationship between kids and parents.
It's a keeper.