Guess Who : The Mystery Begins Here 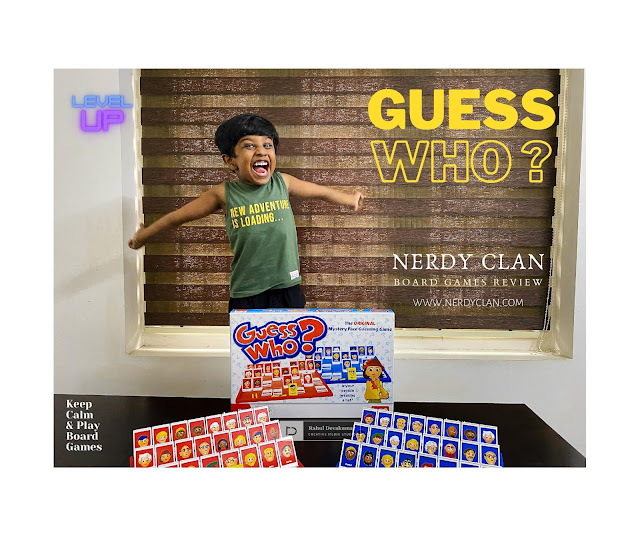 Who doesn't love to play around with a little investigation, to pin down on that one person who we have in mind. Yes Guess Who ? is just the right game for playing our own question - answer investigation game. Guess Who? is essentially a two player character guessing game. The contents include 48 plastic frames ( 24 characters each for each player), 2 playing boards in red and blue, 3 sets of pre cut cards in red, blue and yellow and 14 scoring pegs. Initially the assembly of the game requires adult help as the red and the blue cards have to be loaded to the frame and fixed to the board. 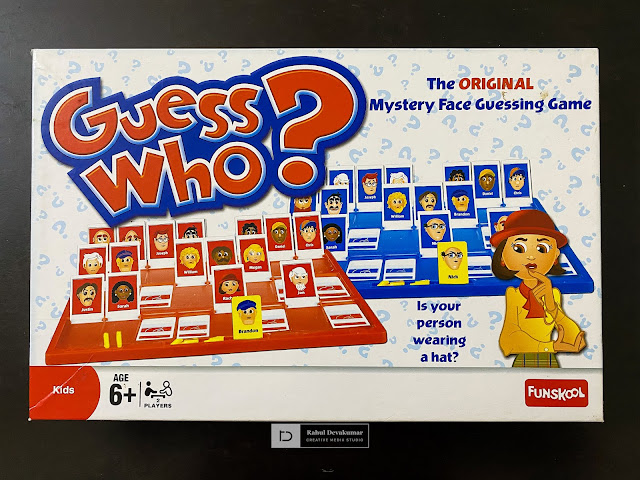 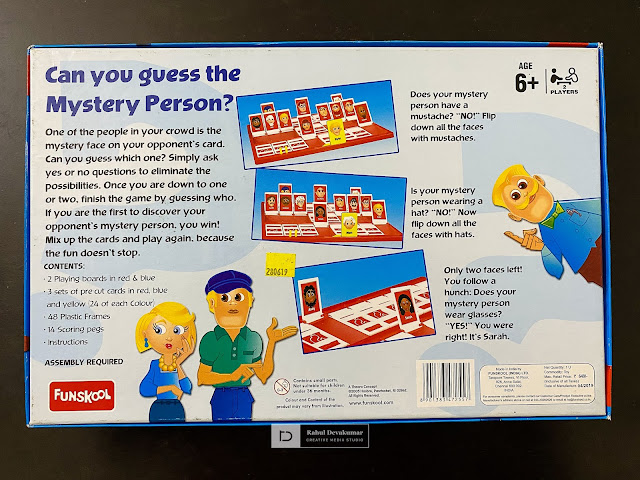 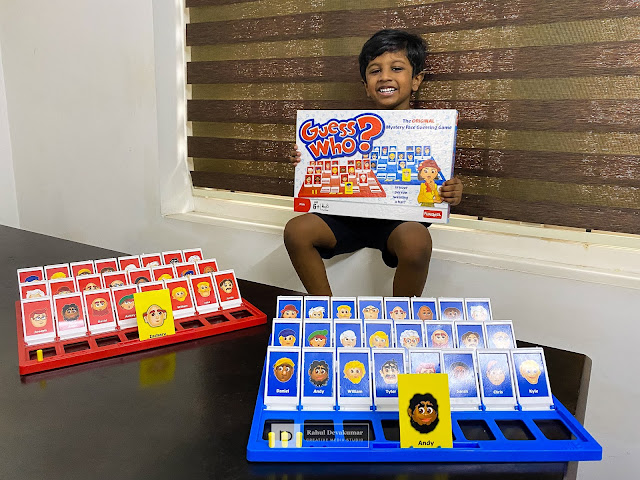 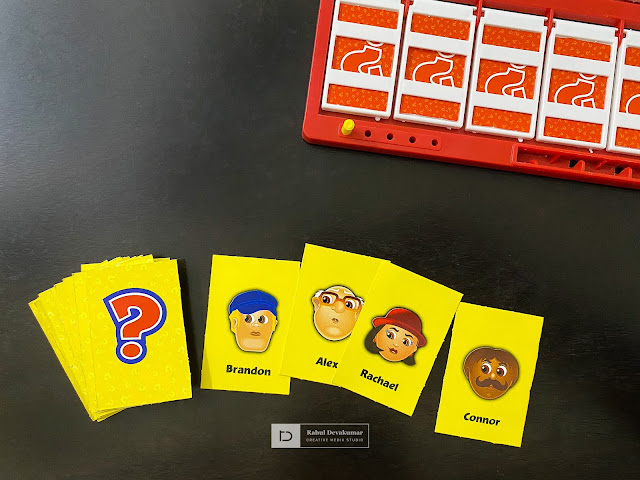 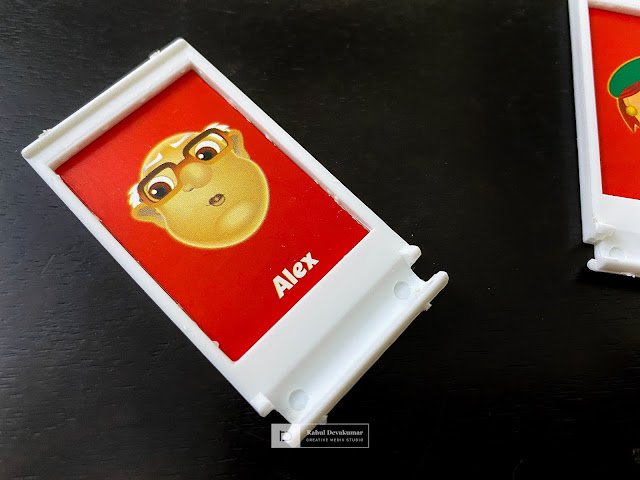 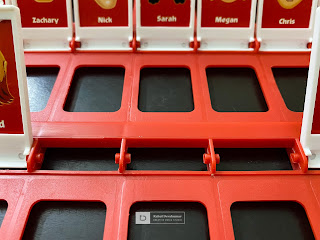 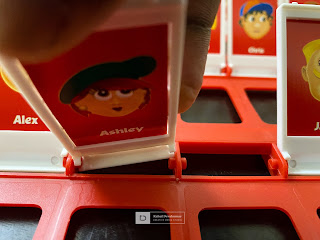 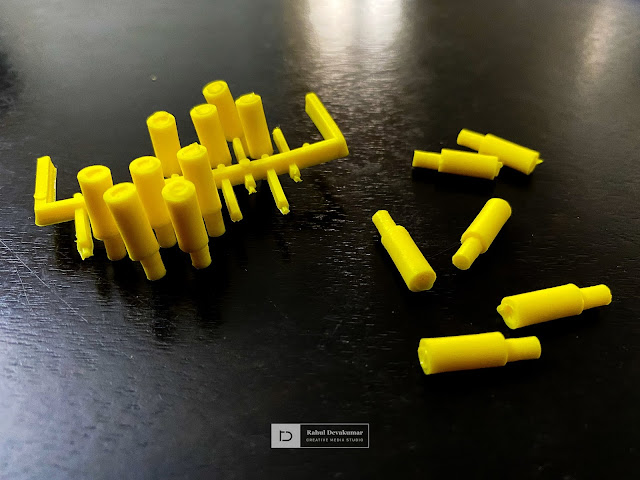 Objective of the game is to find out who is on your opponent's card before he / she guesses the character on yours. To start with the game, each player chooses either the red or the blue board. Then the yellow set of cards are shuffled and each player picks a yellow card and fixes it on the card holder in their board so that the opponent does not see it. The game is very simple. In each turn, a player can ask one question to try to guess the identity of the person on the opponent’s card. The question asked should strictly be answerable with a ‘yes’ or a ‘no’.
Example
Player 1 : Does your person wear spectacles?
Player 2 : No
Then all those wearing spectacles may be eliminated from player 1’s board.
Player 2 : Does your person white coloured hair?
Player 1 : Yes
Then all those who do not have white hair may be eliminated from player 2’s board. 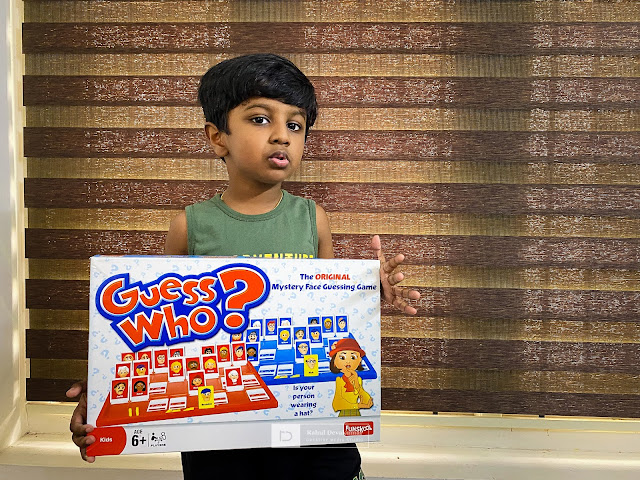 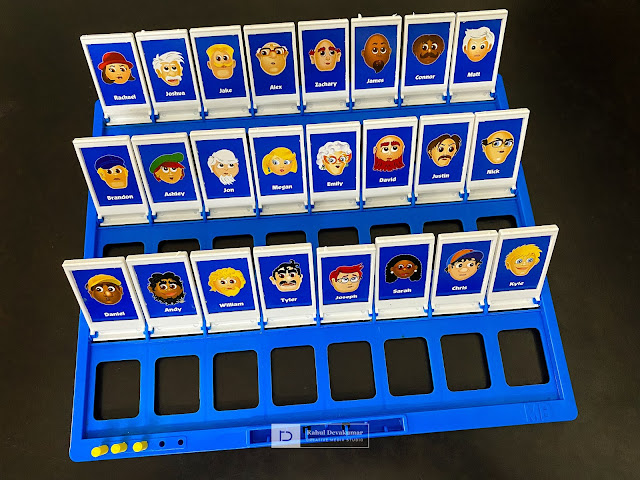 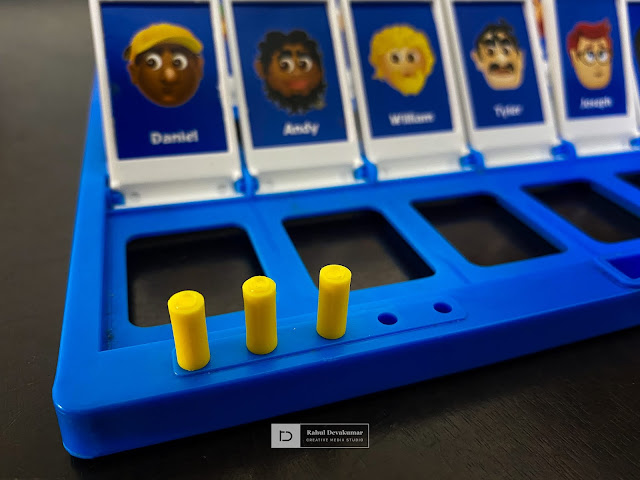 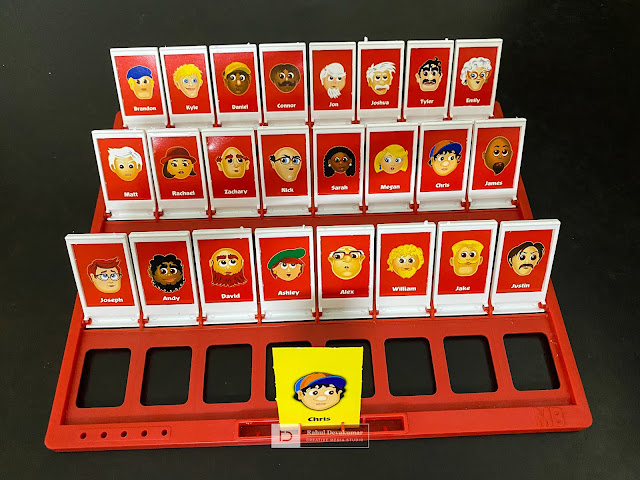 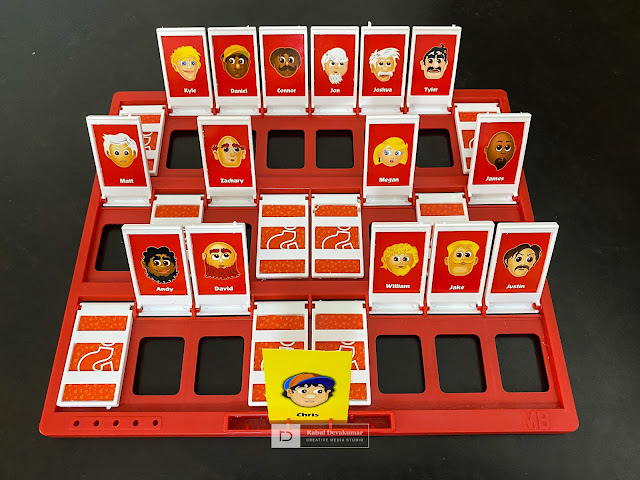 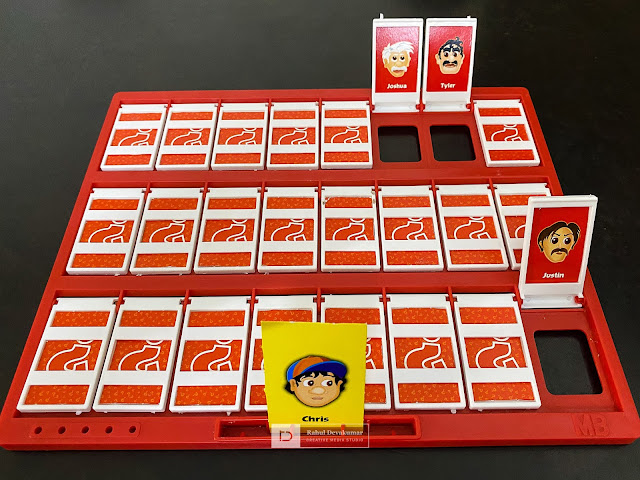 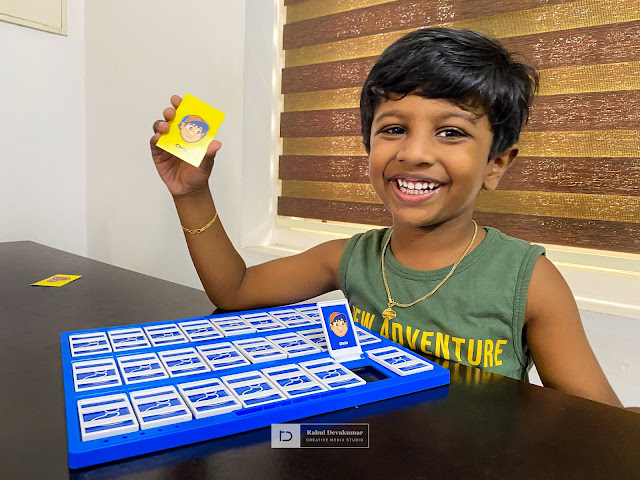 And like this the game continues till one player is able to correctly guess the identity of the person that the opponent’s card has. There is one rule in this game and that is, we are not supposed to ask if the character is a man or woman in our first turn. This question may be asked from the next turn onwards.
The essence of this game is observation. It is important to keenly observe the characteristics of the persons on the card, like the accessories they are wearing, the colour of their eyes or hair, the size of their eyes or nose and the like.

This game is especially good for younger children as it has the following benefits : 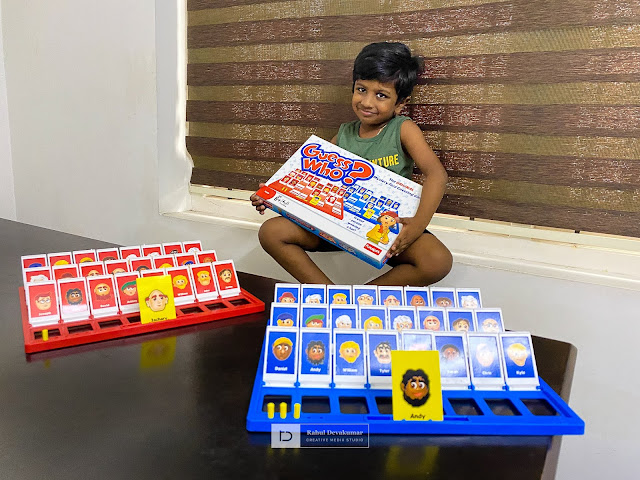 Our final verdict is that, Guess Who? is a fun two player game for children of all age groups as young and old alike who don't like to crack a bit of suspence.