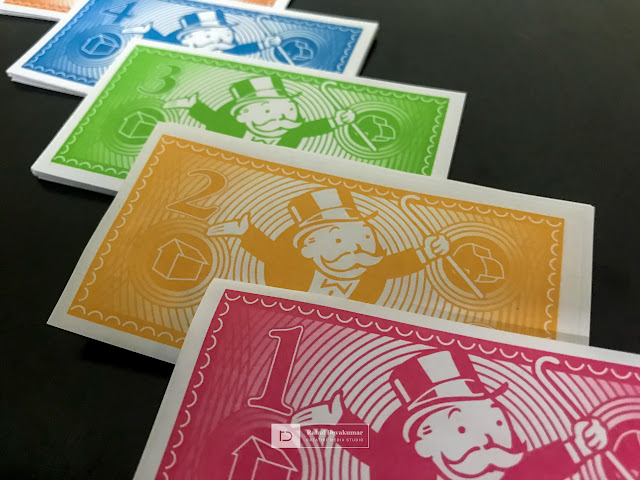 Monopoly is a traditional and much loved board game. The traditional game is more or less a real estate game where we can buy and trade properties, develop them with houses or hotels. The wealthiest player would turn out to be the winner and the players collect rent from the opponents with the intention to drive them to bankruptcy. There are other methods to gain or lose money, i.e. via chances, or players can end up in jail or they cannot move until a particular condition is met and the like. The game has numerous other house rules too depending on the version you buy.
I was wondering how we could introduce the original Monopoly to our little one. Meanwhile Santa arrived during Christmas with this Monopoly Junior as a gift for our little Zavi. I kept wondering whether this game would help him understand and learn a little about money and basic mathematics. He was really pulled in just because of spider man and the electro on the cover although the game has nothing to do with spider man. 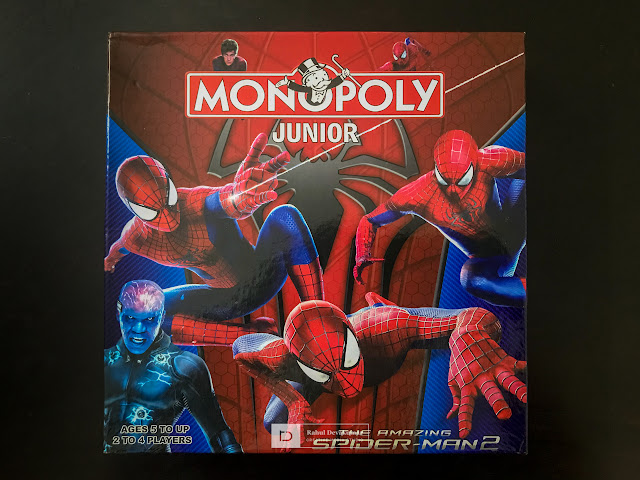 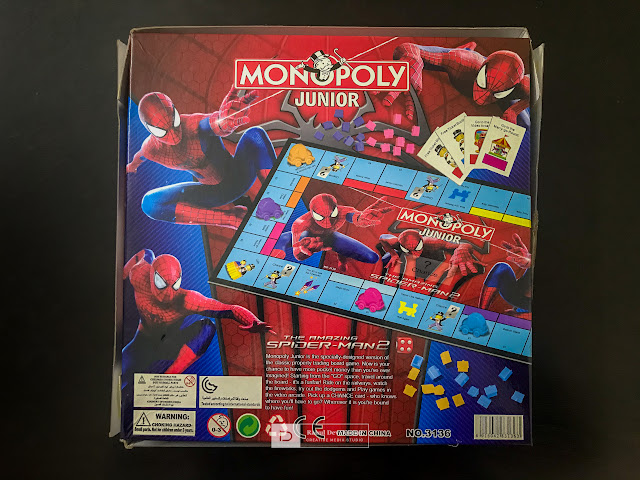 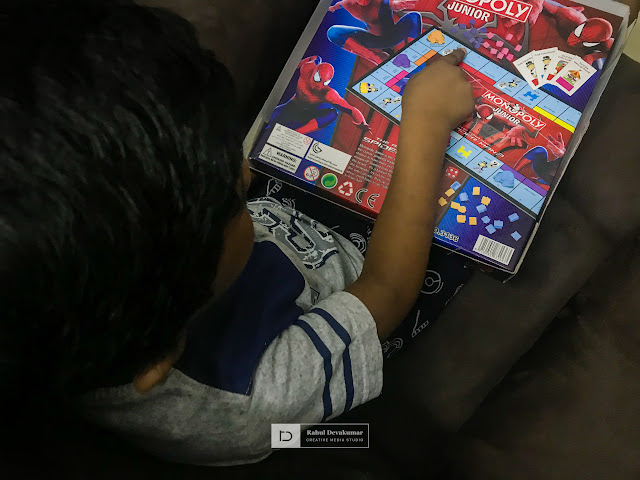 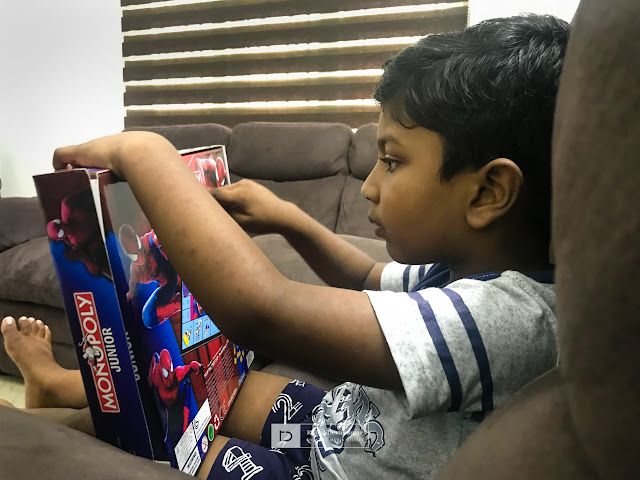 Monopoly Junior is an extremely simplified version of the original Monopoly. The game has an amusement park theme instead of the original real estate market space. Here we don't get to see the houses, hotels or rent collections instead the players build booths for charging admission fees to the different games at the amusement park. Players get 'chance' cards that either give them a task or even allow them to take ticket booths off other players. There is no Jail in this game, it is replaced by Cafe. The player gets $2 as they pass the initial Go tile. In the original Monopoly, we get $200 as salary when we pass Go tile.
We opened up the box with excitement. However, I was really disappointed when we saw the board had a little crack at the centre where the board folds. All the cash, chance cards, dice, pegs, booths etc were much better in quality.
We did a quick run through the rule book and sat across the table to start playing. Zavi was so excited to see spider-man swinging and all the amusement park game boxes. 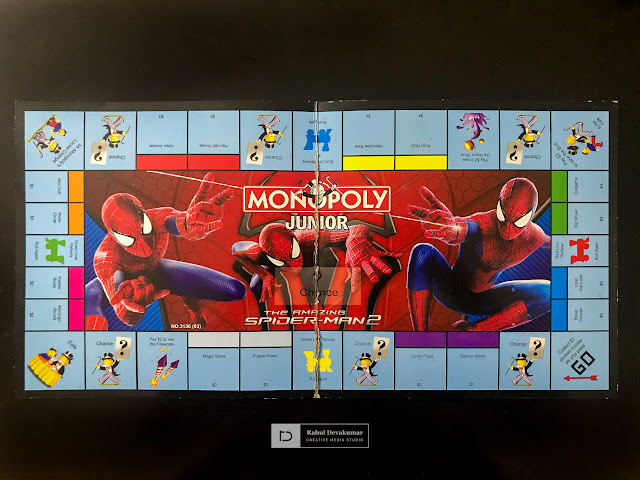 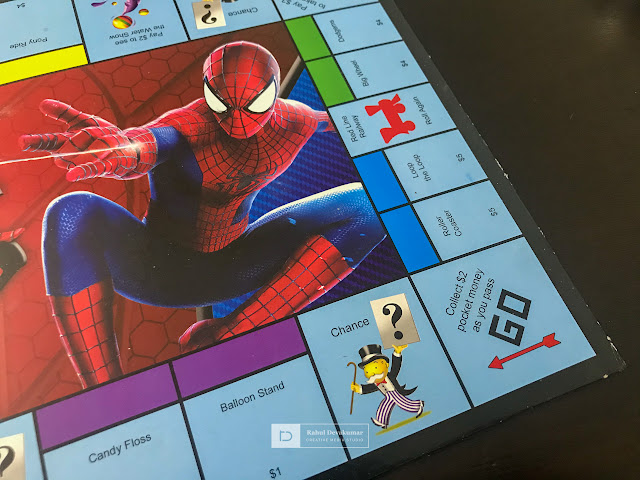 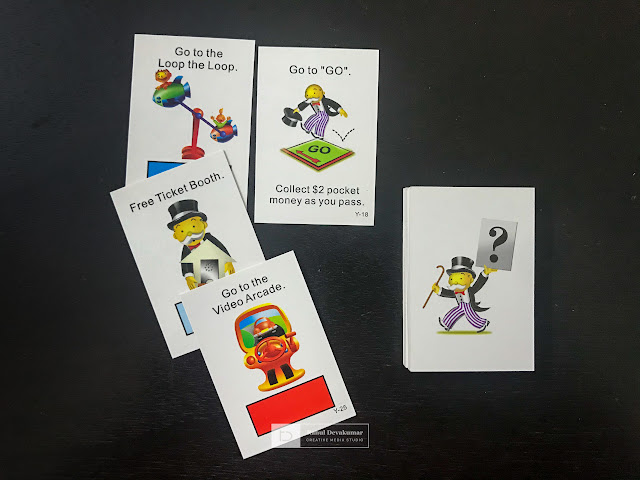 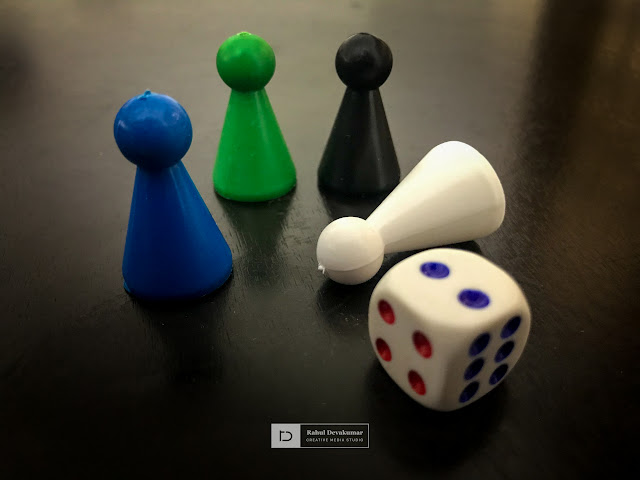 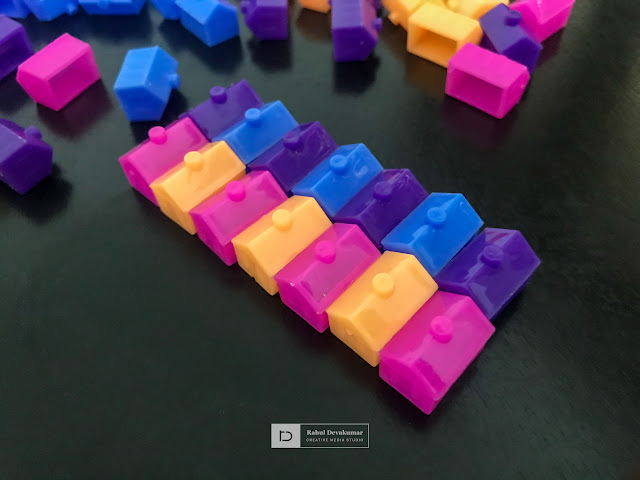 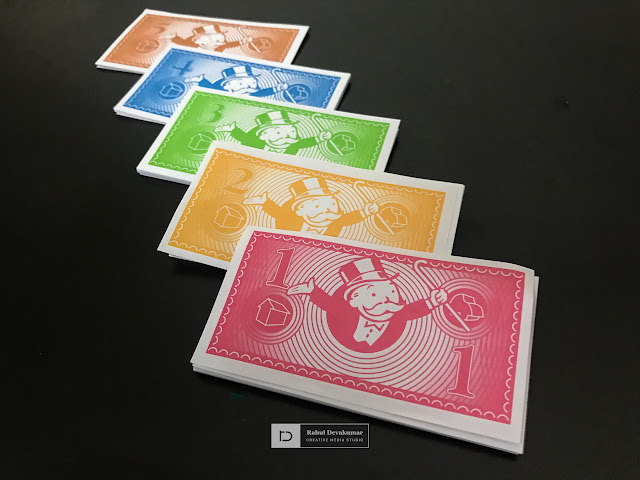 The game starts with all the player's pegs lined up at the starting point, which is the 'GO' square. Each player is provided with 10 ticket booths and money in denominations of $1 to $5( five $1, four $2, three $3, one $4 and one $5). The 'chance' cards are shuffled and kept facing down on the game board. One of the players should double up as the banker and should keep the bank owned money and his account separate. Now the setup has been completed. The youngest player can roll the dice to start playing and we just have to move to the number of spaces as seen in the dice.
Let's now talk about the different tiles you would land on.
Always remember, if you own both the ticket booths of the same coloured tiles then you can collect double fees when your opponent lands on either one of the tiles.
As soon as one player runs out of his money, we can call it a game and all the other players can count their money. The wealthiest person wins the game. 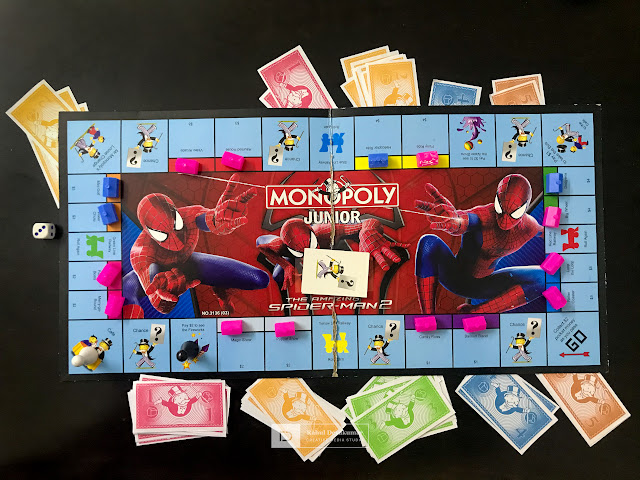 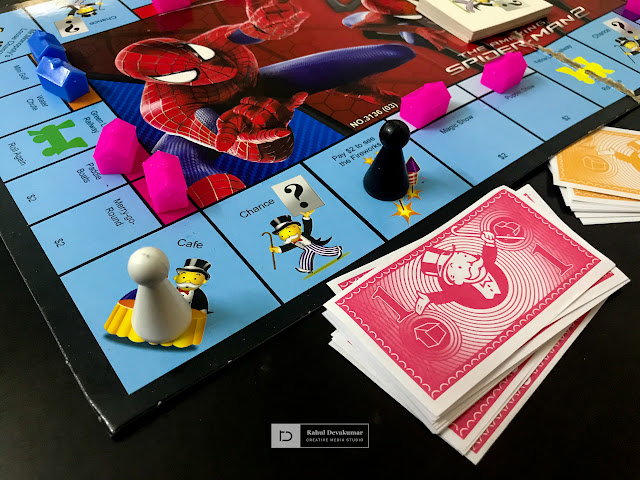 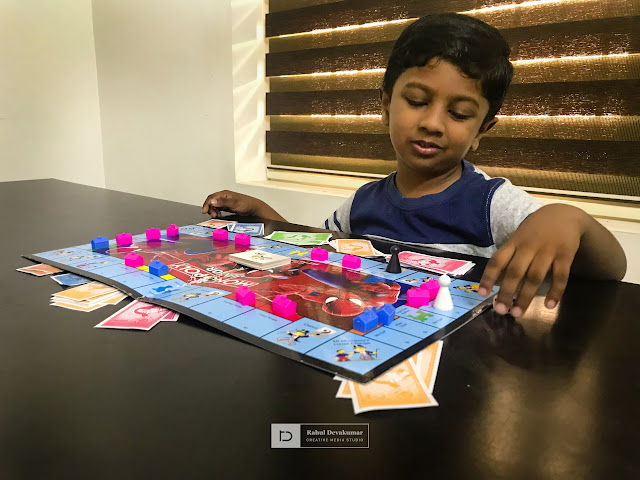 Junior Monopoly is designed in such a way that it's fun and educational. There are opportunities for parents to teach kids how to manage cash and as well as teach them how to add and substrate while they play.
Junior Monopoly is a good fun game for kids. It's not a very simple game like 'snakes and ladders', but kids can catch up the rules of the game really quickly. adults won't be bored.
If you are looking for a family game to be played with children below 10 years, then Junior Monopoly is a good choice.