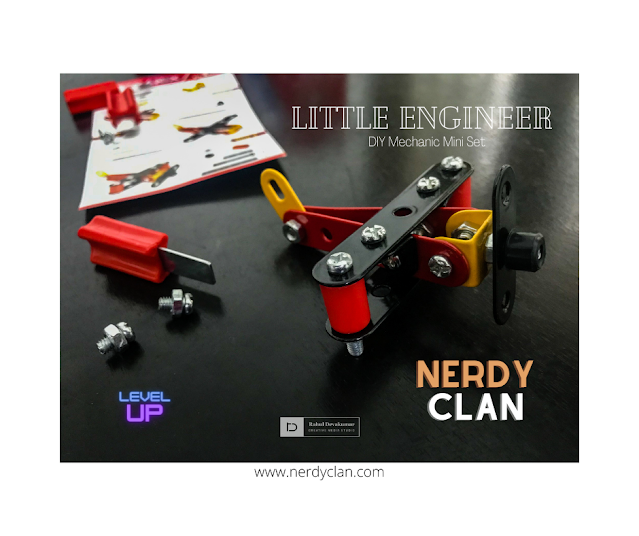 'Play is the brain's favourite way of learning' - Diane Ackeman
Games and playing is a natural process for children and it is the best method for children to learn and acquire skills that would help them survive as an adult. However, it is important to note that the right kind of games will not only help our children survive, but also thrive as an adult.
This is when the Mechanix set of DIY toys caught my attention online. From the online description and pictures, I understood that this toy had nuts, bolts and screws and metal pieces that we had to assemble to form either a car or bike or such things. It looked interesting and I immediately ordered three sets as the cost of a single set didn't burn a hole in my pocket. I decided to give it a try and see if my Zavi liked it.
Finally after almost a week's wait, the set was delivered. I had already told Zavi that I had a surprise for him. So when the package was delivered, he was jumping up and down and wanted to open it immediately. After a quick sanitization, we eagerly opened the pack. But I was in for disappointment, the Mechanix set pack itself was very small, just around 15 cm x 15 cm x 5cm and weighed hardly around 250gms. I immediately reviewed my order and I realized I had ordered the Mechanix Mini. My mistake, since the pieces were too small for my 4 year old Zavi. 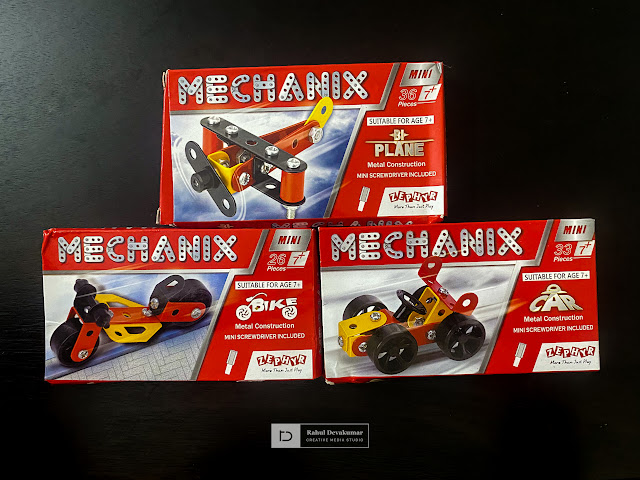 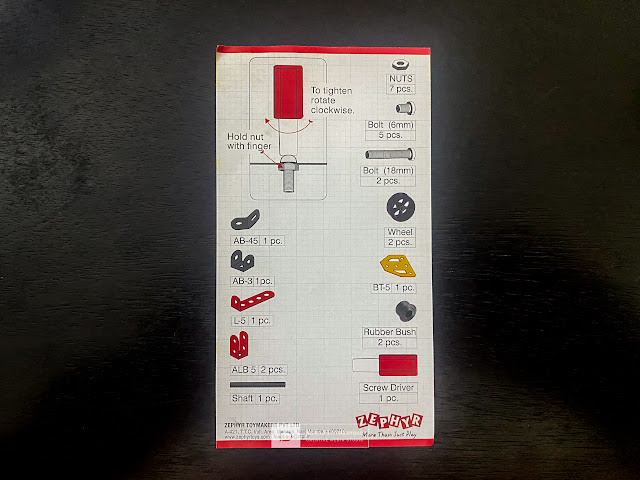 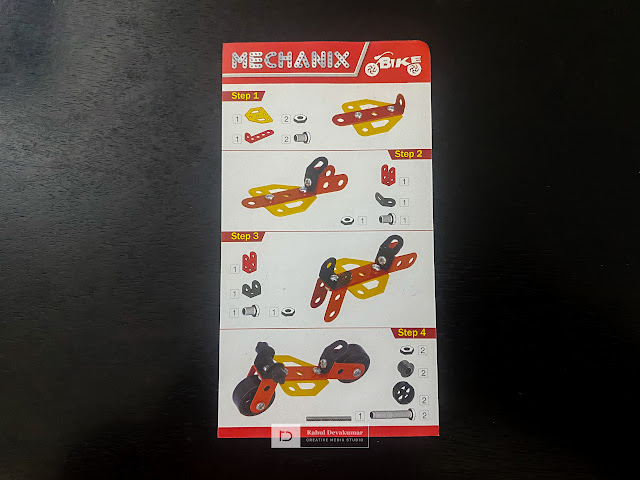 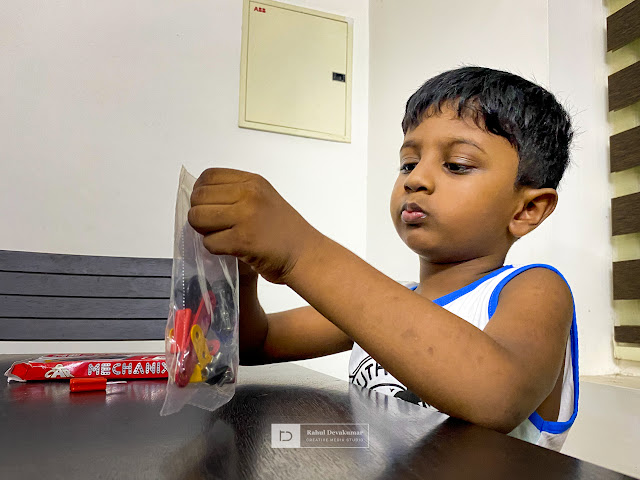 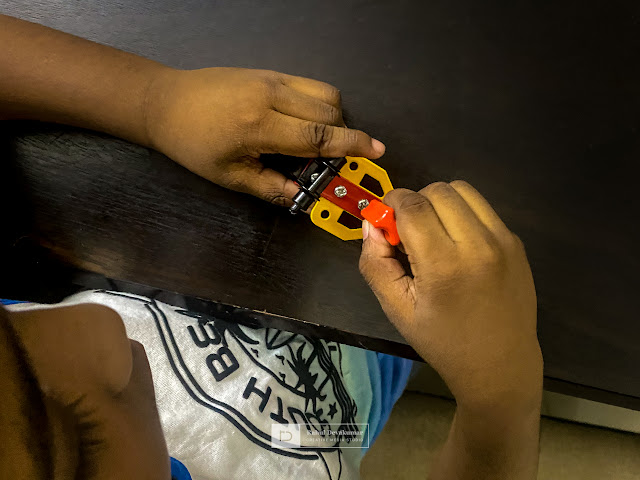 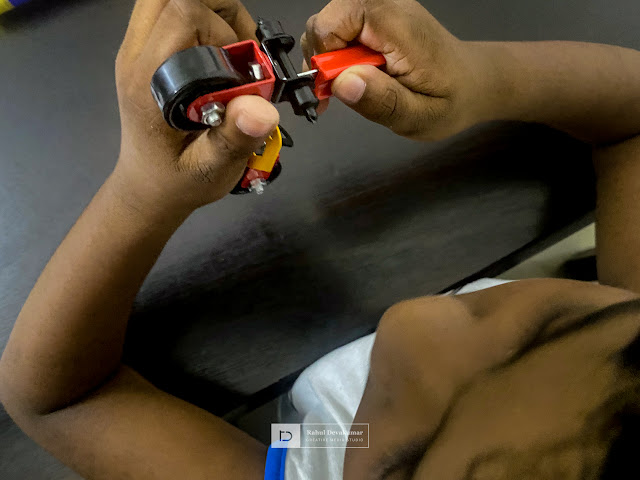 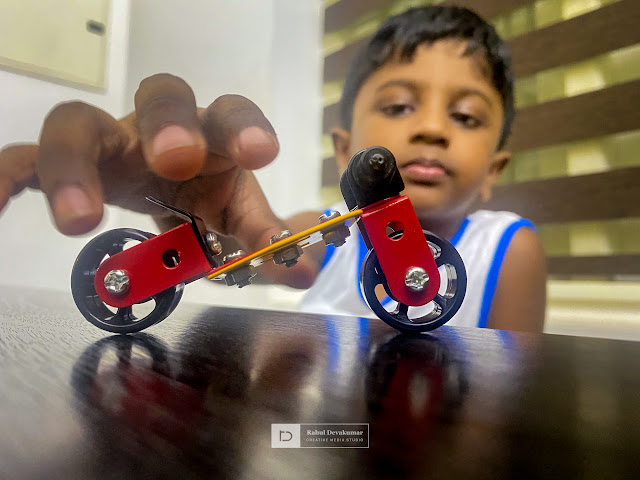 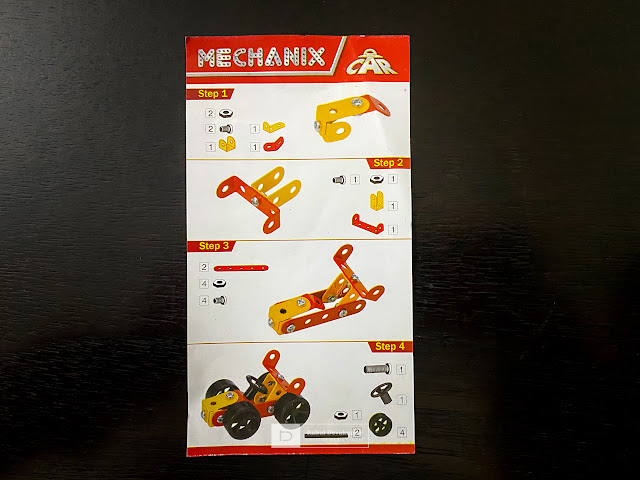 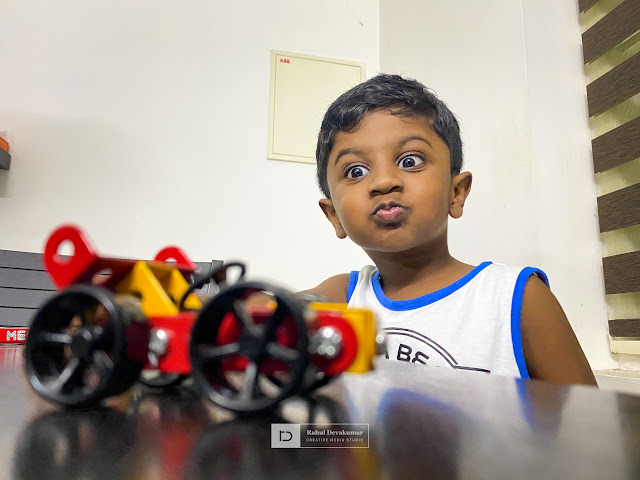 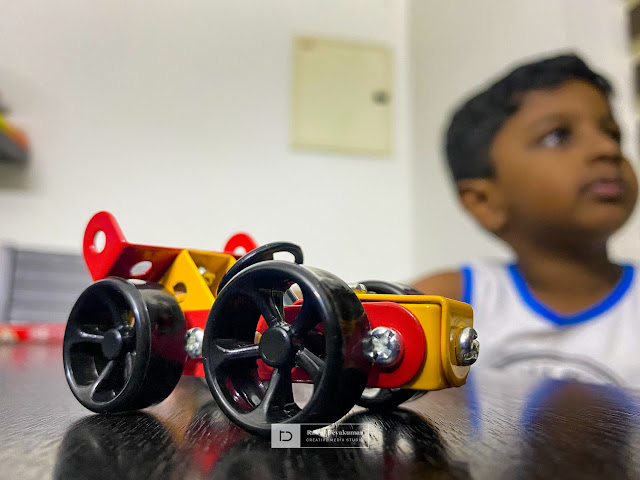 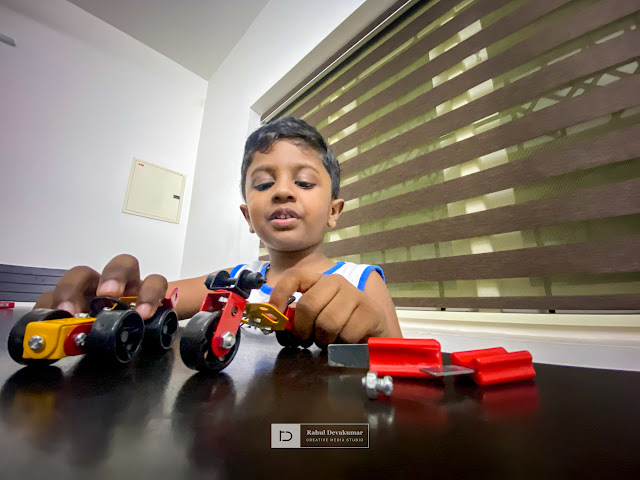 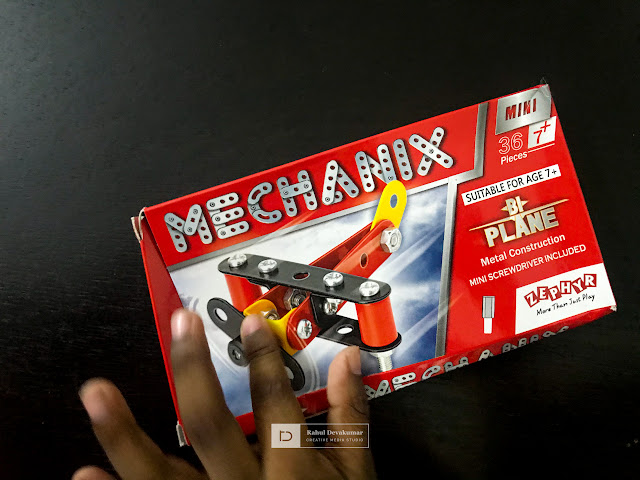 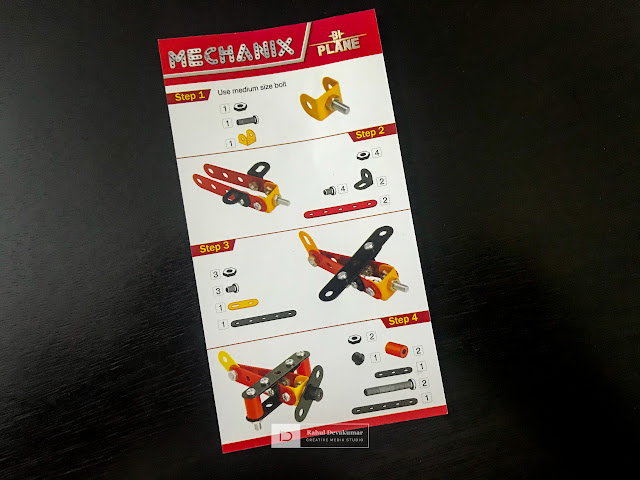 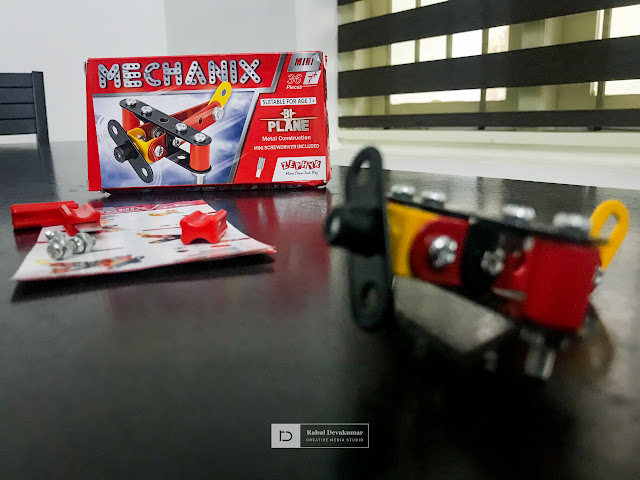 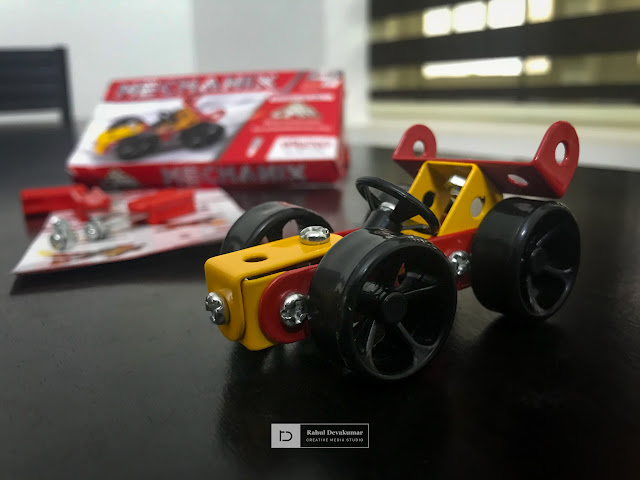 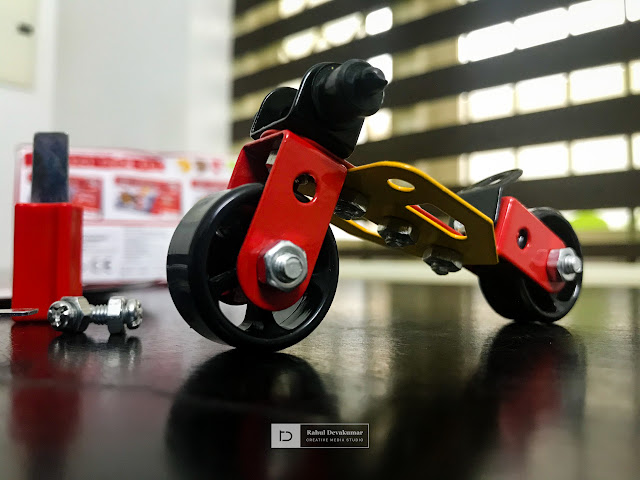 But nonetheless, Zavi was extremely excited. So I decided to help him fix the set. He was eagerly waiting to open the pack. We had ordered three sets, a mini bike, a mini car and a mini plane. Zavi wanted to start with the 30 piece mini bike set. Zavi opened the pack and inside there was a pack with screws, nuts and bolts, steel pieces, a mini screwdriver and an instruction sheet. I first showed Zavi the instructions sheet, where the assembly of the bike was shown in 4 simple steps. Then we opened the pack and segregated the screws, nuts and bolts and the steel pieces. It was pretty difficult for Zavi as the pieces were really small. But his excitement knew no bounds. We slowly started assembling the pieces. Zavi found the pieces as in the instruction and also inserted the screws. He tried his best to tighten the screws with the mini screwdriver. He even patiently bolted the nuts and tada, our first Mechanix Mini bike was ready.
We had two more sets left and Zavi was adamant that we fix the car and plane also then and there itself. He was enjoying this hands on toy very much. We went forward to complete the mini car and mini plane.
Reasons and benefits of DIY toys :
In short, this mini toy totally kept Zavi occupied and he loved the outcome and is looking forward to his next set, probably a bigger set and not the mini version.